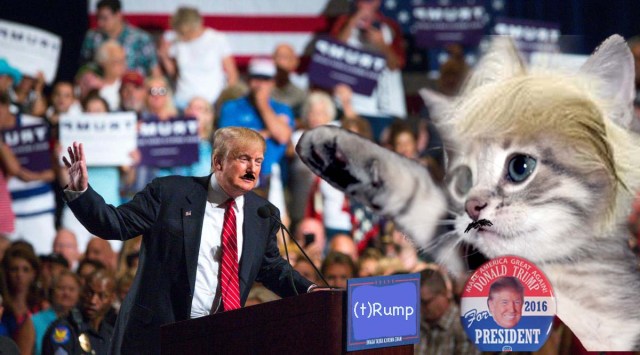 Once again, Trump ruffles the feathers of the masses with his outrageous and unconstitutionally fascist request to ban a particular religious ideology.  ASP overindulge in this utter nonsense, but finally talk about…(drum roll)…CATS!  We then briefly “wax” philosophical by introducing the Ship of Theseus  and conclude with a philosophy game of “The Cannibal”. Yikes!  [Does Theseus’s ship fundamentally remain the same ship after all of its planks have been gradually replaced?  Send us an email with your insightful response: aspstuffradio@gmail.com]

“If man would be crossed with the cat it would improve man, but it would deteriorate the cat.” – Mark Twain

Like Loading...
This entry was posted in StuffRadio and tagged Cats, Donald Trump, moral condundrum, philosophy games, ship of theseus, the cannibal. Bookmark the permalink.